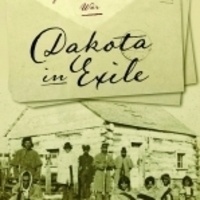 Dakota in Exile: Stories of Trauma and Survival in Davenport, Iowa

This talk will discuss trauma, survival, and resistance among Dakota men imprisoned in Davenport, Iowa in the years after the U.S.-Dakota War of 1862. Following the war, hundreds of male prisoners were imprisoned at Camp McClellan in Davenport, while their families were exiled to an undeveloped reservation in Dakota Territory. In both locations, Dakota men, women, and children faced starvation, illness, and death. A case study of the prisoners held in Davenport illustrates that despite the persistent trauma, their experiences also show resistance and survival.

The reception will begin at 6 p.m., with the event immediately following at 7 p.m.

This event content is powered by the Localist Community Event Platform.