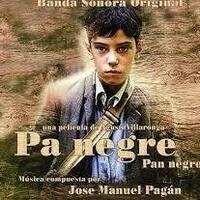 The Spanish selection for the 89th Academy Awards for Best Foreign Film, Black Bread is set in the war-ravaged Catalan countryside of the early 1940s where a local man is accused of murder and his son sets out to find the truth. Eleven-year-old Andreu stumbles upon a crushed wagon in the underbrush at the foot of a high cliff and witnesses the dying moments of the man and boy inside. When police suspect Andreu’s father of foul play, he goes into hiding and Andreu is sent to live with relatives. There, the frightened boy creates a fantasy life, but is forced to confront a world of adult deception, festering hatreds and the war’s monstrous consequences.