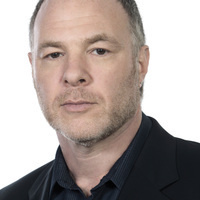 The Macho Paradox: Why Some Men Hurt Women and How All Men Can Help

Jackson Katz, Ph.D., is an educator, author, and global thought leader who is renowned for his pioneering scholarship and activism on issues of gender, race and violence. He is co-founder of the multi-racial, mixed-gender Mentors in Violence Prevention (MVP) program, one of the longest-running and most widely influential gender violence prevention programs in North America and beyond. MVP was the first large-scale gender violence prevention initiative in sports culture and the U.S. military, and the program that introduced the “bystander” approach to the field. He is the founder and president of MVP Strategies, which provides sexual harassment and gender violence prevention training for small and large corporations, educational institutions and community organizations. He has appeared on The Today Show & The Oprah Winfrey Show and his TED talk, “Violence against Women is a Men’s Issue,” has been viewed more than 4 million times. For more information, go to jacksonkatz.com

Dr. Katz became the first man at the University of Massachusetts-Amherst to earn a minor in women’s studies. He holds a Master’s degree from the Harvard Graduate School of Education, and a Ph.D. in cultural studies and education from UCLA.

Free Event & Open to the Public. No Registration Required.