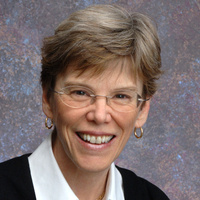 Jane Addams was a social reformer in the early 20th century who was so revered that one magazine called her "The First Saint America Has Produced."  Some scholars today are still so committed to Addams's saintly image that they dismiss any talk of her sexual life as nasty gossip that serves no purpose except to drag their icon into the gutter.   Victoria Brown's lecture will counter that position by arguing that study of Addams's own sexual experience can help us to understand some of the limits to her effectiveness as a social reformer.  Brown will share the evidence we have on Addams's sexuality along with evidence on her campaign against urban prostitution and will explore the challenges we all face in drawing connections between public figure's intimate, personal experience and her policy positions.

Bio:  Victoria Bissell Brown is the L.F. Parker Professor of History at Grinnell College.  After receiving her Ph.D. at the University of California, San Diego and teaching at San Diego State University, she joined the faculty at Grinnell in 1989.  Over the years, she has taught a variety of courses on American history, including U.S. Women's History, U.S. Immigration History, the Art of Biography, and 1968 Around the World.   She has authored several articles on Jane Addams and, in 2005, she published The Education of Jane Addams (University of Pennsylvania Press), which focuses on how the young Jane Addams became a major figure in progressive era reform.  She has also co-authored three editions of Going to the Source: the Bedford Reader in American History, which guides students in the use of primary sources for historical research.   Prof. Brown is currently researching a new book on a new topic: the social history of American grandmothers in the twentieth century.